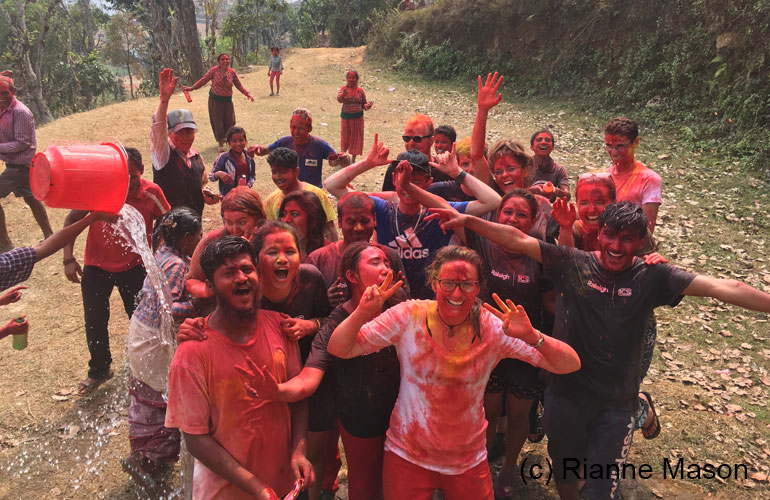 In the book Spiritual Ecology – the cry of the earth, Satish Kumar writes a chapter that really resonates with me. I’m going to go way out of my comfort zone and discuss it in a three-part mini series about the relationship between humans and nature, the divine and other humans.

In the Bhagavad Gita there’s a trinity in Sanskrit:

Kumar translates this into English as soil, soul and society. I noticed that this is also really close to the permaculture principles of earth care, people care and fair share. Both trinities give us a holistic view of the world and our place within it.

The ecology of society

“Care for the soil and the soul needs to be extended to include care for society.”

The final installment of this trilogy is one I’m very passionate about – the relationship between humans and other humans. I’ve been lucky enough to work with or visit communities that have achieved incredible things.

During my visit to Rwanda I met villages full of the happiest people I’ve ever met, working together to create something positive out of trauma to their society.

In Nepal I lived with a small community of people who lived and relied on each other in a beautiful way – whether it was walking to a neighbour for buffalo milk or working with them to dig a pipeline.

And in my professional life I’ve been privileged enough to witness the transformation of digital technology and see the heart of the emergence of artificial intelligence at the first IBM World of Watson conference in 2016. In those few days packed with seminars and key note speeches I was blown away by what humans can achieve with creative thinking and a drive to change the world as we know it.

These experiences highlight the polar opposites of so called ‘development’ across our one planet. But when did we start to divide the world into two, and should we still be associating value to development?

“In spite of unprecedented growth in the economy, science, technology and world trade, almost half of humanity is hungry, homeless and ignored.”

I never gave much thought to how or why we divided society into two – the developed world and the undeveloped world – but this section of Kumar’s essay explains that it happened when the US president declared it so at the end of World War II.

Today we’re still practicing the concept of the developed world being a world of industry, technology, free trade and consumerism – a world which “lifts the living standards of all people”. We see the undeveloped world as “a world of agriculture, rural life, local economy and low consumption which keeps people in poverty”.

I personally struggle with the idea that the undeveloped world needs to change to meet the standards of that in the developed. The different lives I’ve seen in both showed me that people who live closely to nature and with respect for the gifts that animals and plants provide have a sense of inner peace and contentment that I haven’t seen in the people who focus only on what they can or can’t buy next.

“The values of profit, power, control and greed rule the minds of mainstream politicians ad industrialists, advertising and misinformation seduce the minds of the majority who dream of a lifestyle based on consumerism, comfort and extravagance.”

I’ve seen it in myself too. As someone living in the west it’s very easy to believe that buying a new outfit, style of make-up, or holiday away will transform me into a better version of myself. But it’s short-lived and I’m aspiring to be a ninja against the media’s tricks!

So what can The Gita teach us about reaching harmony in our society?

“A strong social movement is needed to establish justice, equality, liberty and freedom, leading to the well-being of all.”

Kumar believes that a social movement can’t happen with social engineering or political manoeuvring alone, it requires a spiritual awakening and a new awareness about mutual care and selfless service. He states “The Gita calls it dana – which means sharing, generosity, giving before taking, rising above self-interest.”

And when we inevitably ask “why should we give up our self-interest?” the Gita replies with the simple notion that we owe society. Vinoba says “we were totally defenceless and weak when we were born, it is the society that looked after us and brought us up.”

There’s currently a feeling of ‘blame’ towards past generations for the state of the planet today but I really don’t see the point of looking backwards. Today we are one society living on one planet, right now, and we can all work together to protect it.

“As the tree does not eat its own fruit and the river does not drink its own water, the karma-yogi should not seek any benefit of his or her own action. Rather he or she should offer that action for the benefit of others. That is Dana.”

In the closing paragraphs of Kumar’s essay he asks us to “strive against the vested interests of society which push us towards self interest and instead take action”. He looks to activists such as Martin Luther King, Nelson Mandela, Vaclav Havel, Mother Theresa and Wangari Maathai to teach us the lessons of social ecology and establish a new moral order of human dignity.

Yesterday the Global Climate Strike came to a close. We’ve just witnessed two weeks of world-wide action that had many brave people talking, taking a stand and raising awareness. This is a brilliant example of how today, more than ever, we have less need to look upon single figure-heads for inspiration because we can look at what we’re achieving ourselves, as a society.

Technology from the developed world has given us the platform to be activists and to support others who are taking a stand for the greater good of all. Let’s look to the Bhagavad Gita – to “live a spiritual way of life and engage in the protection of earth, enlightenment of the self and the restoration of social justice.”