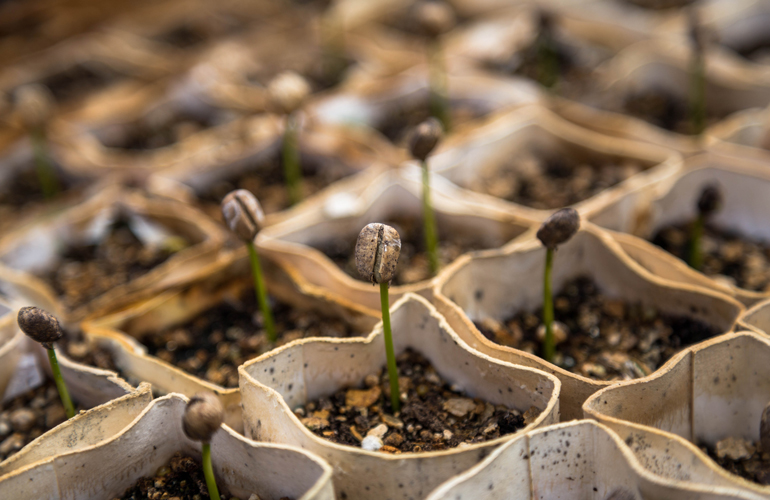 I love discovering something unique, so when it comes to seeds I was instantly drawn to heritage/heirloom varieties. What are they and why should we save them?

What are heritage seeds?

Heritage (or heirloom) seeds are old varieties of plants that have never been hybridised and are in danger of dieing out. Most of the fruit and veg we eat from the supermarket is grown using ‘hybrid’ plants. This is a plant, or cultivar, created by combining two species that have desirable characteristics.

There are benefits to doing this for commercial production because you can create crops that have a tough skin (good for transportation), resilient to various weathers/disease and produce a lot of fruit/veg/flowers.

Heritage seeds have been passed down through generations of small growers, so their main priority is taste. It might take them a bit longer to grow and they can be a bit unpredictable but the result is a distinct plant you can’t pick up at a supermarket.

So why are heritage seeds important?

There are some downsides to hybrid varieties. They often have a lot less flavour and overall lead to a loss of diversity (biodiversity is a vital part of a happy planet). The new hybridised plant also produces seeds that are unpredictable the following year – allowing the large seed companies to force growers to buy new seed every year instead of harvesting their own. I think that kind of sucks.

Hybridisation has accelerated rapidly because all the small seed companies have been bought by huge corporations.

“More and more companies like Monsanto are buying up the seed stock of the planet, manipulating them, patenting them, and claiming ownership of them”.

Imagine a world where we only have a small variety of fruit and vegetables and the stories behind them are that they were created by big companies to make money. Now picture a world full of diversity in flavour, shape and colour with stories passed down through the years across different cultures. I know which world I want to be in.

Where can I buy heritage seeds?

I’ve had a lot of fun this summer growing unusual types of basil (pictured) that never fail to confuse my friends – cinnamon basil, red basil and lettuce-leafed basil. I bought these from www.beansandherbs.co.uk where I also got some Red Orach and Blue Coco beans that are doing really well.

In Issue 2 of Bloom magazine there’s a great feature on vintage vegetables and they recommend the following suppliers for heirloom/heritage varieties:

So give these wonderful, unusual seeds a chance and play your part in making the world tastier, diverse and that little bit more interesting.